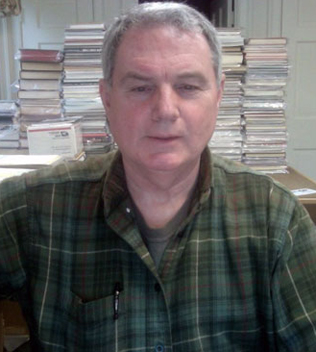 Paul Gibson earlier lived in the Boston area for more than 30 years. A good while prior to that, he graduated from Southern Illinois University, Carbondale, with a BS in Photography. After college, Gibson pursued a career in supply chain management across a broad array of industries including industrial printing, specialty chemicals, manufacturing of office supplies, banking and home building. In 2000, he left the corporate world to spend full time operating his business, Railpub.com, which provided back issue railroading publications and out of print books to collectors, model railroaders, and railroad
enthusiasts all over the world. He sold that business in 2018, and has since
lived in the Sarasota, FL area.

Gibson’s personal railroad interest is most focused on New England short lines, Boston railroad operations and the interchange of bulk materials between Great Lakes marine vessels and railroads in that area. He and his wife, Re, have three grown sons and three grandchildren…and a dog named Brady.