Tribute to Peter A. Hansen by PBS documentary film maker Richard Luckin. Hansen was the Editor of Railroad History Magazine, the Journal of the Railway and Locomotive Historical Society. This film shows the highlights of Hansen’s outstanding career as one of the nation’s leading experts on the history of railroading in America, including his appearances on CBS Sunday Morning, NBC Nightly News, and his work with Luckin on many award -winning PBS documentary films. Also featured is a glimpse of Hansen’s early days as National Spokesperson for SPRINT ION, a technology that pioneered the work from home world we now experience.

During the recent past, the Nugget has undergone a $75 million renovation and, as a result, its meeting and guest rooms are excellent.  More than 200 rooms adjacent to the former Southern Pacific yard at Sparks are available.  These rooms are in the Resort Tower, which provides direct access to our meeting rooms by elevator.  Reservations can be made by clicking on the following link: http://bookings.ihotelier.com/bookings.jsp?groupID=3617296&hotelID=96145 or by phoning the Nugget at 1.800.648.1177 and requesting group code: GSPRHC.  For best room locations, it is suggested that reservations be made early.

The Southern Pacific History Center is sponsoring a two and one-half day focus of Southern Pacific’s last twenty-five years and this overview will be provided by panels and presentations.  Most speakers will be former Southern Pacific officers whose unique observations will fill in portions of the story of this era of Southern Pacific that have yet to be told.  Confirmed presenters include Rob Krebs, Rollin Bredenberg, Mike Ongerth, and Ron Batory.

​The Pacific Coast Chapter of the Railway and Locomotive Historical Society is planning an array of outside events including a steam excursion on the Virginia and Truckee Railroad; a visit to the Nevada State Railroad Museum at Carson City, including more steam, capped off with a visit to the former United States Mint at Carson; a tour of the Western Pacific Railroad Museum in Portola, California, with a train ride within its compound, powered by the restored steam locomotive WP 165; a trip to the Summit railroad tunnels at Donner Pass; and more. 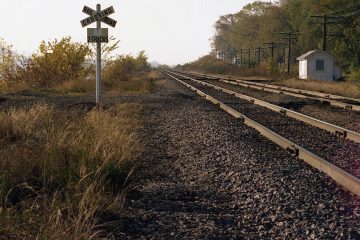 Peter A. Hansen, 62, Railroad History editor and renowned railroad writer and historian, died Friday, May 15 at his home in Winter Park, Fla., with his wife Bonnie at his side. He had been battling Read more…

Joining a chapter is optional but encouraged.
Please Note: You MUST join at the National level to join a Chapter.
If you are a current member wanting to add a Chapter, you may do so.

Please remember to also go to our chapter memberships.

Joining a chapter is optional but encouraged.