The Southern California Chapter meets in the Cowans Room of St. Edmund Episcopal Church in San Marino, California at 7:30 p.m. on the first Tuesday of most months throughout the year. The church is on San Gabriel Blvd. just north of Huntington Drive.

The Southern California Chapter owns and operates the RailGiants Train Museum containing historic Western U.S. steam and diesel locomotives, rolling stock, and archives. Five giant steam and diesel locomotives are in its collection. Diesels include a Union Pacific Centennial, and a newly arrived SD40-2c. All three steam locomotives are the sole-survivors in their respective class. Two of those are of a small handful of three-cylinder steam locomotives existing today. RailGiants Train Museum is open the second weekend of each month and during the Los Angeles County Fair every September. The exhibit is located at the Los Angeles County Fairgrounds in Pomona, California. 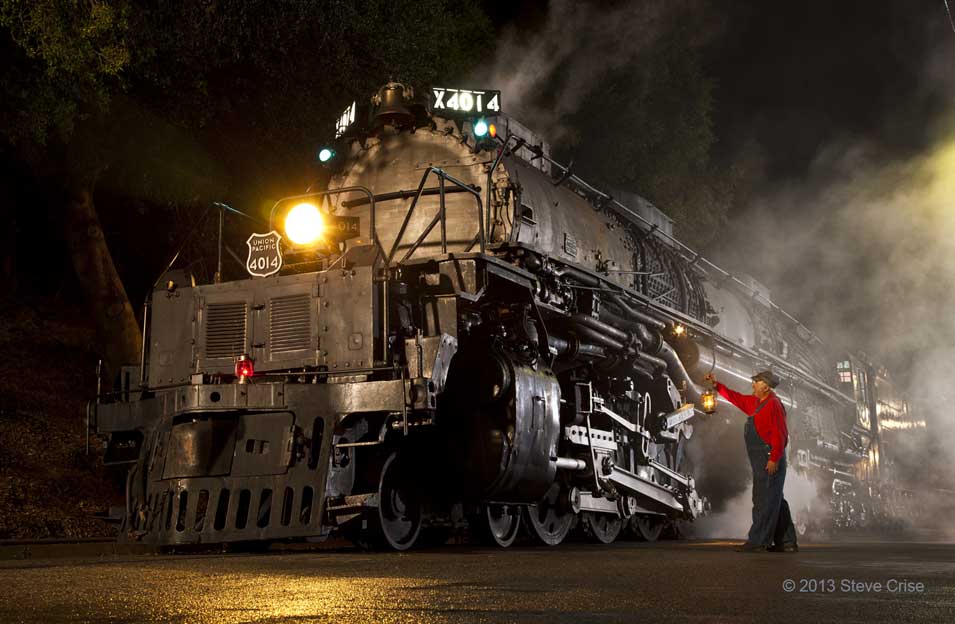 Steve Crise made this night photograph of Big Boy 4014 at the Southern California Chapter’s fair grounds exhibit on August 17, 2013. 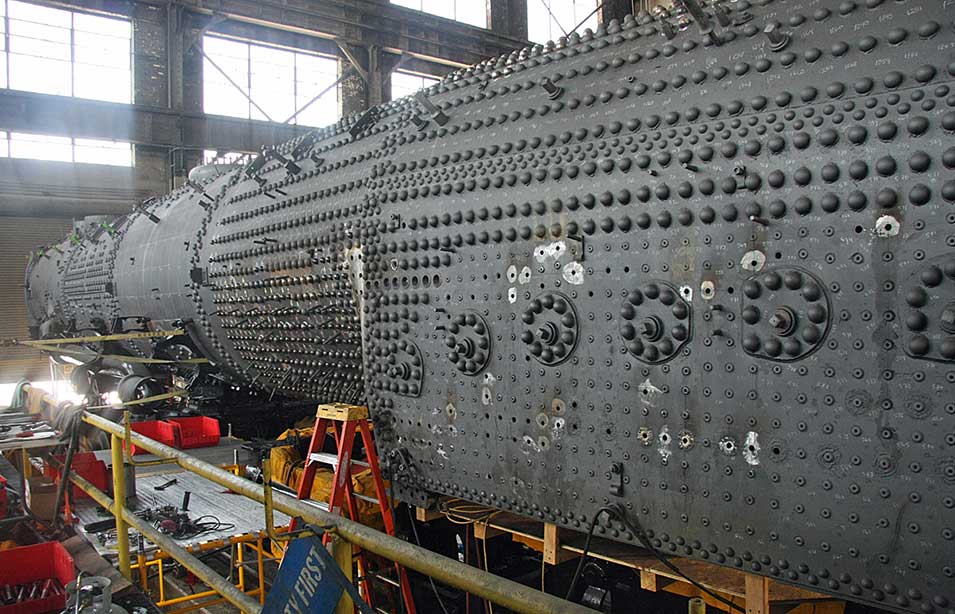 View from the fireman’s side of the locomotive. You can see the work being done on the flexible staybolts. Photo taken on 5/23/18 by Shelley Hunter.