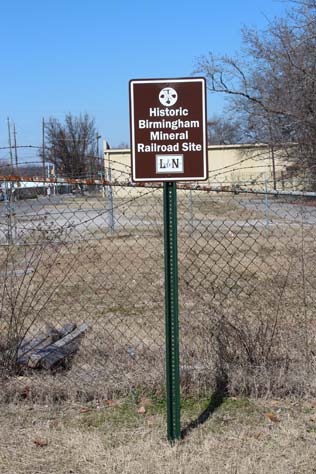 The Friends program supports preservation, publication, and archival projects undertaken by R&LHS chapters or the R&LHS national organization. Thanks to the generosity of R&LHS members, in 2013 the Friends program raised more than $8,000 to support four chapter projects. In 2014 Friends donations totaled $2,700 for three projects. There were $9,435.00 in donations in 2015 and $1,845.00 in donations for 2016.

Three projects, outlined here, are available for support in 2018. Donating to chapter projects does not require membership in the chapters. All donations will be acknowledged and 100 percent of the funds will go to the project(s) you designate. In addition, your name and address will be provided to the chapter(s) who receives your donation(s). If you wish to contribute to one or more of the projects, please indicate the amount(s), total the amount of your donation, and send one check or money order payable to the Railway & Locomotive Historical Society.

You may print and mail the Friends Campaign Form. Please do not send cash. The R&LHS is a tax-exempt, non-profit 501 (c)(3) organization so your gift is deductible for federal income tax purposes.

If your employer matches your charitable gifts, please consider including R&LHS. Contact your employer’s human relations department for details. 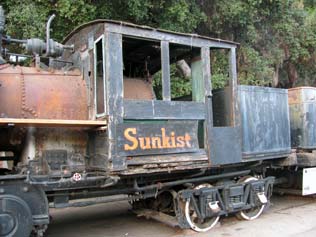 On June 29, 2017, Bill Withuhn, a long-time member and former officer of Railway & Locomotive Historical Society, passed away at the age of 75. In a fitting tribute to Bill’s long and productive career, Kevin P. Keefe described Bill’s work as “a historian, museum professional, journalist, author, shortline executive, preservationist, and engineering consultant is without precedent.” Kevin’s entire tribute to Bill’s career can be found in Railroad History #217 on pages 122-123. Although Bill accomplished many things during his long and productive life, one project near and dear to him remained incomplete at the time of his death. For more than a decade, Bill labored to compete what is now a 200,000 word manuscript tentatively titled American Steam Locomotives: Design and Development, 1880-1960. American Steam Locomotives begins in 1880, the year Jack White concludes his seminal volume American Locomotives: An Engineering History, 1830-1880. At the time of Bill’s passing, the manuscript was largely complete but still in need of professional editing and illustrations. Happily, Bill’s widow Gail contacted the R&LHS to inquire about publishing the manuscript as a tribute to Bill’s work advancing the cause of railroad history and railroad preservation. I am pleased to announce that the R&LHS will partner with Indiana University Press (IUP) to publish American Steam Locomotives.

With Gail’s support, we contracted with the Railroad History team of Peter Hansen and Kevin Holland to handle the editing and layout. We will also engage a company to prepare a professional index which Peter will review for accuracy and completeness. We estimate the total financial commitment for the R&LHS at $21,000. IUP will offer and initial print run of 1,500 copies with a hard cover, a 7×10 trim and approximately 150 black & white images. An eBook will also be available. Kalmbach and the Pennsylvania State Archives will allow the use of their images at no charge. The book will be published during March 2019. IUP will offer a 30% discount for R&LHS members who wish to purchase directly from IUP. To help underwrite the cost of producing the book, Gail generously assigned royalties to the R&LHS and agreed to make a donation of $10,000 to kick off our Friends campaign. I invite you to join her and help the R&LHS underwrite the project by making your tax deductible donation to the Friends of the R&LHS. Robert Holzweiss, President, R&LHS 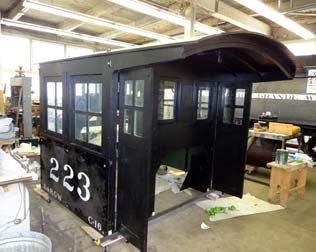 The Southern California Chapter, R&LHS, is seeking donations through the Friends campaign to help defray the costs associated with several projects at the RailGiants Train Museum, owned and operated by the Chapter at the Los Angeles County Fairgrounds. The Museum is operated and maintained with donations by volunteers who are all Chapter members.

One of the projects involves cosmetic restoration of the Chapter’s “Sunkist” Climax locomotive. Built for Fruit Grower’s Supply in 1909, the wooden cab of this locomotive has deteriorated beyond repair and will be replaced, as was done with the Chapter’s Outer Harbor Terminal 0-6-0. All other wooden parts, such as running boards and decks under the tender tanks, will also be replaced. Cost of the restoration work is expected to be close to that of similar work performed on the Outer Harbor, which is nearly complete and cost approximately $40K to date.

A second project is to replace the wood window frames on the Nickel Plate business car. As with most of the wood in the museum, these window frames have deteriorated beyond repair. Work has already begun, with 7 windows rebuilt out of a total of 38.

A third project is to repair about 200 feet of track in the museum, which is used to operate the Union Pacific SD40-2 # 3105, acquired recently as part of the agreement with UP to return the 4014 Big Boy for restoration. The track is buried under the asphalt with only the top of the rails exposed, and after 27 years underground many of the ties have rotted and the track cannot safely support the movement of the locomotive. This project could cost approximately $80K. We are exploring several options to ensure safe operation can be maintained while minimizing the expenditure required. We may use a contractor because of the large scope of work for this project. Thank you for your support. 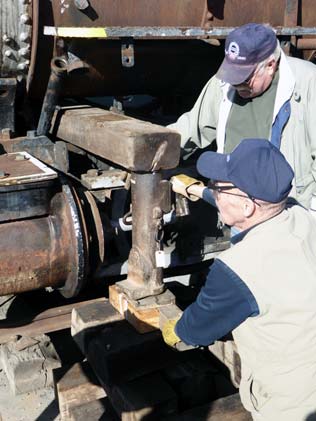 The Golden Spike Chapter has been restoring this steam locomotive made by the Grant Locomotive Works in 1881. The locomotive was built for the Denver & Rio Grande Western and is a narrow-gauge Consolidation C-16 (2-8-0). The chapter’s primary mission is to restore the locomotive to operation. We have been working towards this goal since 1991.

Our mission has not changed. We want to see 223 operate again. But several things that we have no control over have changed making it impossible for us to physically continue the restoration effort.

We are not giving up! We have morphed the Golden Spike Chapter into a Friends of 223 advocacy group.

Because of circumstances the Golden Spike Chapter cannot physically complete the restoration of 223. However, seeing it restored to operation is still our primary mission and we appreciate any assistance and support that the R&LHS community can provide.

For the past two years, the Mid-South Chapter has been installing signs throughout the Birmingham, Alabama, area and in 5 counties in central Alabama where the Historic Birmingham Mineral Railroad ran during its century-long era beginning in 1884. This railroad was a major part of the L&N system (both in terms of tonnage and profit) with a total of 253 miles of main track in 31 branches, not counting the various sidings and spurs to the coal and iron ore mines, quarries, coke ovens, and blast furnaces. This truly was Birmingham’s first economic development and is a major reason that Birmingham was able to become an iron industry giant.

The signs project that is being funded through the R&LHS Friends Campaign already has installed 115 signs, and the project hopes to install over 200 signs throughout central Alabama. As more funds are received, more signs are installed. The signs are being installed in high-visibility locations where the general public will see them and will begin to understand this historic railroad and the significant role it played in Birmingham’s history. Already, many people are seeing the signs and are commenting that they had no idea that a railroad ran in these locations. Some of the signs are even showing up on Street View in Google Earth!

Additional information about the project, historic maps, historic photographs, and where the signs are located can be found on the project’s website at Bham-MRR.com.

Funds are being sought for purchasing more signs to be installed in more locations and on additional branches of the Historic Birmingham Mineral Railroad. You can be part of this significant public education project by donating to it through the Friends Campaign.